Dollinger Farm is a family farm in Chanahon, IL. It’s your stereotypical family fall-time-collect-your-pumpkin-while-your-child-screams farm. The grounds and site are very nice. There is a cute little petting zoo, a nice pumpkin patch, and treat van that makes elephant ears. So why not throw in a Revolutionary War camp/battle? That’s “fall timey” I think. The camps were spread out among beautiful tall oak trees at the base of a hill and the ground gently sloped down to the family farm house. For as many people were milling around the goat pen and elephant ear van, I’m surprised more people didn’t wander up to the camps. I’m sure we didn’t smell as bad as the goats.

I tried out a new impression that I’ve been mulling over since September. I found documentation for a British woman who worked as a spy for the Brits and part of what is actually documented about her was that she snuck into French camps to collect information on the number of men, the number of weapons/artillery, etc. This woman snuck in under the premise of a vegetable seller too. I think it’s awesome. So much to play with! So I tried out a scenario with a few girls. I prefer to be in first person and to draw people into our world (without freaking them out too much). I was walking down the road with a basket of squash and sweet potatoes and saw three girls. I just walked right up to them and asked if they were busy. They said no, so I inquire if they wanted to help me with a special mission. I laid our plan. There were three girls and I gave each of them a job. We would casually stroll into the British camp (the one camp where I knew people who would play along), and I would bid the soldiers good day. One girl would ask what the one was knitting, the other girl would ask if they wanted some vegetables, and the third girl would count all the British soldiers she could see. Genius. What could go wrong? Oh only that my friends didn’t want to buy vegetables so they got a little surly. Hahahaha. We actually had a good time and later on my friend was all “what was that?!!!” He was impressed (I think) with my gall of bringing in people to their camp as spies. Heh. I’ll call it a mild success. I will keep playing around with ideas. Mainly I need questions to ask the kids to get them talking and get them involved.

My only other qualm with the event is that it was not clearly communicated (not to me at least) where the battle was taking place. Everyone wants to see the battle. I get that. However, Sat morning started out cold so I had on lots of layers, including my new triple lined wool jacket. Well as the time drew near for the battle, the public was wandering down the road and seeing a person in “old timey” clothes they stopped to ask me. Well everyone remembered the Civil War battle being on top of the hill. Great let’s climb the hill. Alright. Good idea in 4 petticoats and semi-high-heeled shoes that don’t offer the greatest support. I love trekking up and down gravel roads said no one ever. Turns out the battle was not up there. Nope. It was off in this tiny little field. No idea why. But we made it just in time.

Here are a smattering of photos from the event: 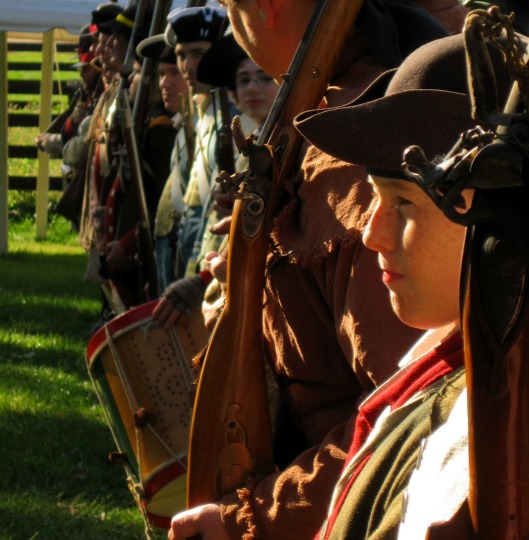 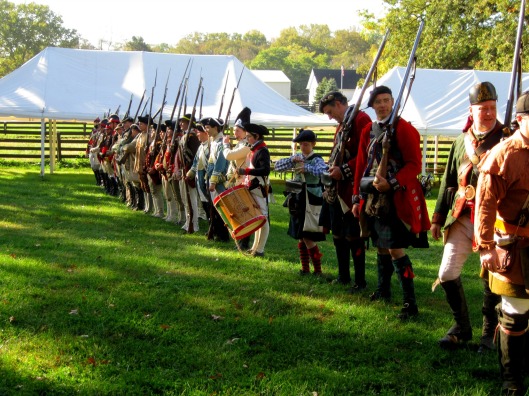 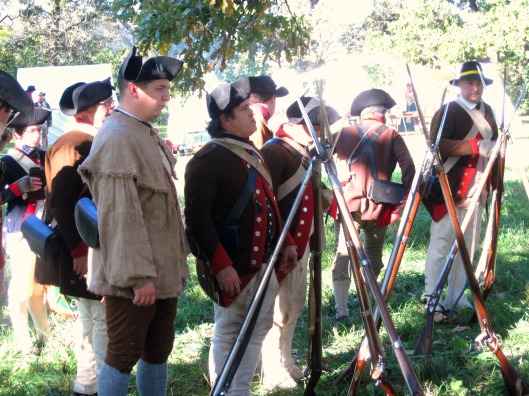 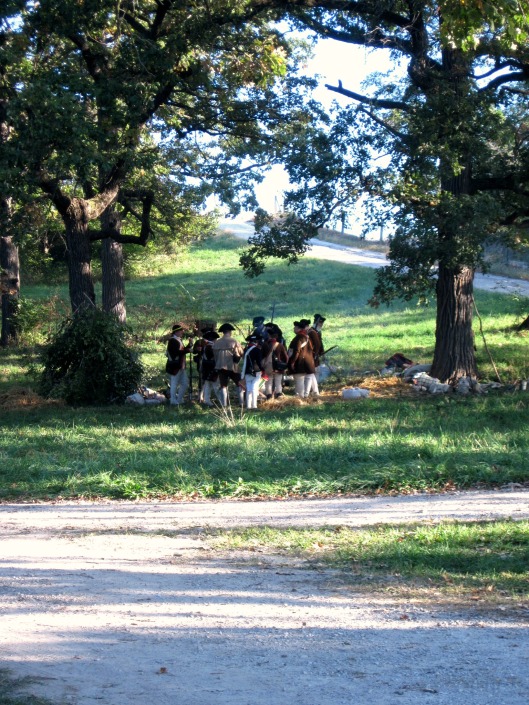 The last few pics are of the 4th Conn who slept outside on straw. The temperature got down in to the low 40s at night I think. They are a campaign unit and love sleeping under the stars.

Overall, I would love to be at the site again, just hopefully with warmer weather and more communication about the location of scheduled activities.

Alas I am behind in posting. Earlier in the fall, I attended the huge World War II event in Rockford, IL. A lot of people I know have been to this event and I finally worked up the guts to go, albeit by myself. I wish I would have asked my friends. Oh well.

The main reason I was suddenly and randomly inspired to go: I bought a 1940s hat at an antique store this summer. It made me happy and I just really wanted a reason to wear it.

Here are a smattering of photos from the before (when I forced Mr. H to take photos of me) and during the event. 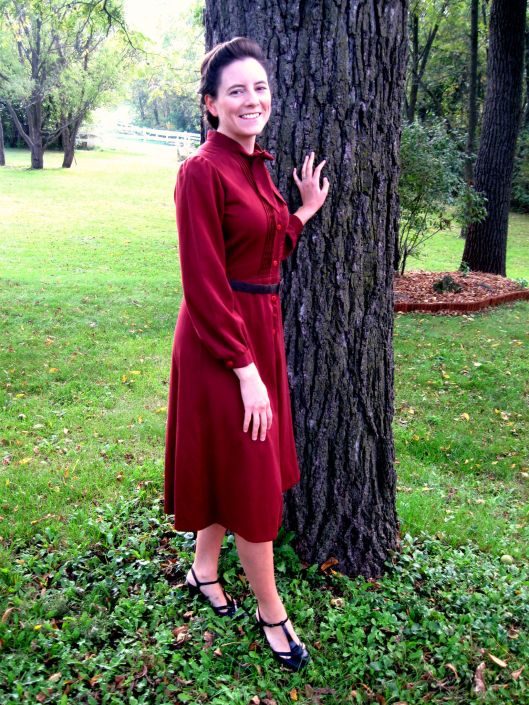 This was a thrown together outfit the weekend before. It is in no way historically accurate. I call it more “reminiscent of”. My dress is my mom’s from the 70’s when the 40’s thing kinda came back in style. The shoes I got at Target about 9 years ago when I first started teaching and the Target designers had way more vintage classic styles. I styled my hair after my grandma’s hair style in a black and white photo I have of her. I remember her telling me they used juice cans as curlers? No idea how they did that. I wish I had asked her before she passed away. I did the best I could with my super long hair. 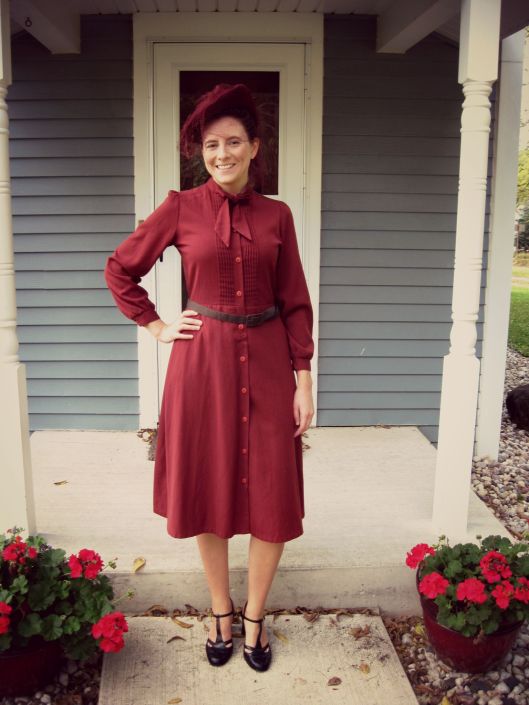 Now some from the event itself… 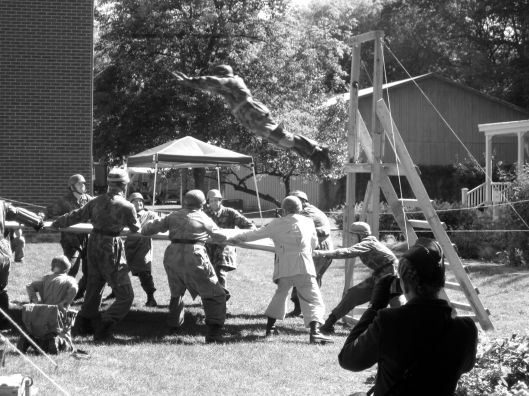 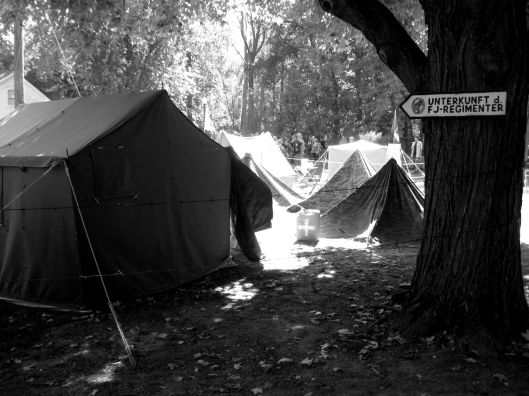 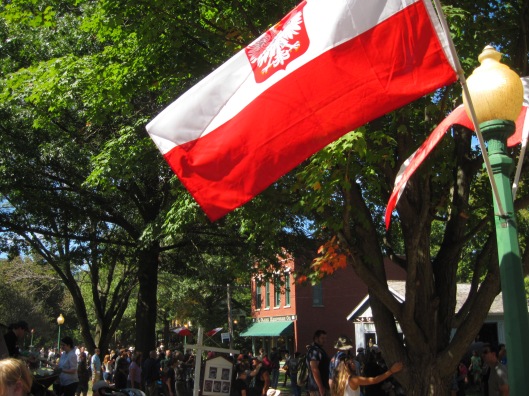 A costuming life in plaid

EDS Stomping Ground
We Are Writers

"Writing is an extreme privilege but it's also a gift. It's a gift to yourself and it's a gift of giving a story to someone." ~ Amy Tan

Lady of the Wilderness

Experimental Archeaology in the Ohio Territory

A ramble through domestic history in the 20th Century

"Let me live, love and say it well in good sentences." - Sylvia Plath

Our Girl History
A thing for the past
Mimi Matthews

"When you know better, you do better" Maya Angelou

Cooking in the Archives

If I Had My Own Blue Box:

Adventures in the Nineteenth Century, and maybe a little beyond -- Anna Worden Bauersmith's Blog

Sharing the History of Everyday Fashions